MS Relief Through Chiropractic Use of the Blair Technique

Home/Chiropractic Care, News/MS Relief Through Chiropractic Use of the Blair Technique
Previous Next

MS Relief Through Chiropractic Use of the Blair Technique

Living with MS (Multiple Sclerosis) can affect every aspect of your daily life. MS is a progressive disease that so far the medical community has not found a cure for. Though little known, the Blair Chiropractic Technique may actually help to ease multiple sclerosis (MS) symptoms.

MS is a disabling unpredictable disease of the central nervous system. It disrupts the electrical information pulses between the brain and body. The disease results from the inflammation and subsequent deterioration of the protective myelin sheath around neurons. Over time myelin is replaced by ever-growing scar tissue. This results in the affected neurons having a break down in communication.

What is the Blair Technique?

The Blair technique involves the adjustment of the spinal column’s upper cervical vertebrae. If misaligned, these bones can interfere with the connection between the brainstem and neural canal in the neck.

Physical manipulations of this area can help alleviate MS symptoms in many patients and support their overall well being. Chiropractic studies have suggested that as many as 91% of MS patients treated with this technique showed improvements. This is according to a study published in the Annals of Vertebral Subluxation Research.

The Blair technique focuses on the first two cervical vertebrae, the axis, and the atlas. They are the ones most commonly misaligned and the most movable in the column.

According to Robert Clarke of Health First Chiropractic in Marysville, Washington “Many MS symptoms can be relieved by the application of chiropractic treatment,” Clarke said in a news release. “Cervical treatment has been shown to be particularly effective. In this treatment, the vertebrae in the cervical region – the upper neck – are realigned to eliminate issues that can further interfere with nerve transmission. These vertebrae are especially important for MS treatment because of their proximity to the brain.”

Chiropractic treatment is based on the conceptual idea that the entire body can be affected by problems at the base of the skull. This is because all nerves pass through this area to reach the brain.

While chiropractic cannot cure MS, it most certainly has been shown to help MS patients live a better quality of life. 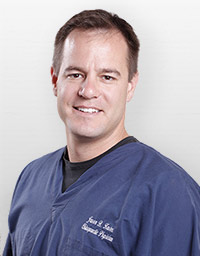 Chiropractic care is a safe, alternative treatment when applied appropriately. Chiropractic treatments help in dealing with the symptoms of many conditions. Add to that, nutritional recommendations that can help your body heal itself. Are you going to wait for your symptoms to be felt, or are you going to prevent it as soon as possible?

Dr. Jason B. Kaster, a chiropractor in Fort Myers can help you and your family achieve their optimal health.

About the Author: Dr. Kasters Staff

Get information about healthy living, Chiropractic and specials.